A New View Of Cincinnati 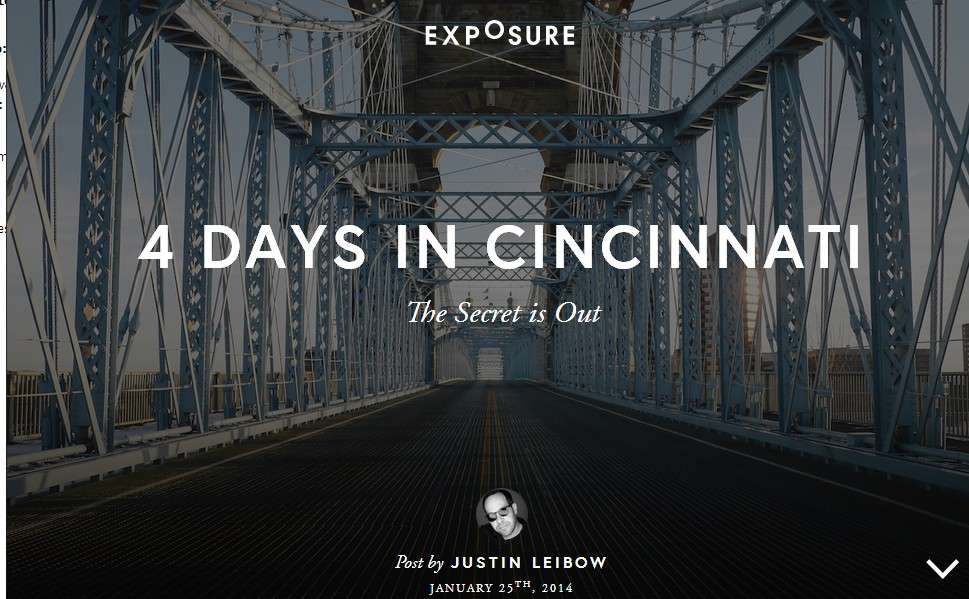 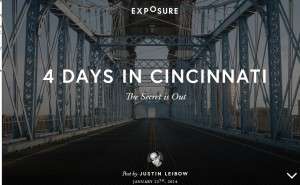 I came across a very cool post from a film director who was in town shooting a commercial in Cincinnati. As someone who had never been to the Queen City he had no idea what to expect and came in with open eyes.

His pictures are amazing showing some aspects of our city that sometimes get overlooked by those of us who live here. It was very nice to hear and see such a positive reflection from someone who looks through a camera and films beautiful things for a living! I really like his opening thoughts the most.

So, when I won an assignment to direct a commercial there in the middle of January this year, all I heard from friends and family were scoffs and pity. It was as if I’d drawn the straw that led to Siberia. And, to leave the sunny embrace of Los Angeles and fall into the death grip of a polar vortex, did seem like a bit of a setback . But, it was the opposite.