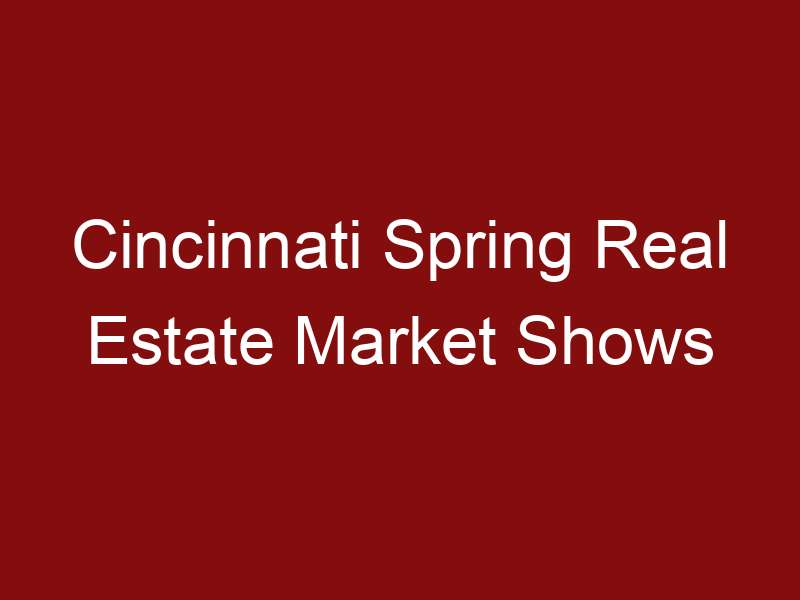 The numbers released form the Cincinnati Area Board of Realtors show that the local real estate market has improved since last year and is trending towards stability and balance.  Year over year 2010 spring season has been much more active than 2009. Below you can see the increase in number of homes SOLD, not under contract, but SOLD!

The $8,000 tax credit did have an impact on the sales volumes, and according to the board the sub $200,000 price point was particularly active. What is important to remember is that the tax credit ended in April, but closings can be as late as June 31 so expect to see strong June numbers as well.

Better yet is that inventory of homes has gradually decreased, bringing the market closer to balance.  With an inventory of 6.75 months we are leaving a ‘buyers market’ ( 7+ moths of inventory) but are a long way from a Sellers market (5- months of inventory).  Overall look for prices to stabilize and being to increase.  Cincinnati’s average home price is up 9.9% for the first 5 months of 2010 compared with the first five months of 2009.