A Realtor Reflects on Eminent Domain 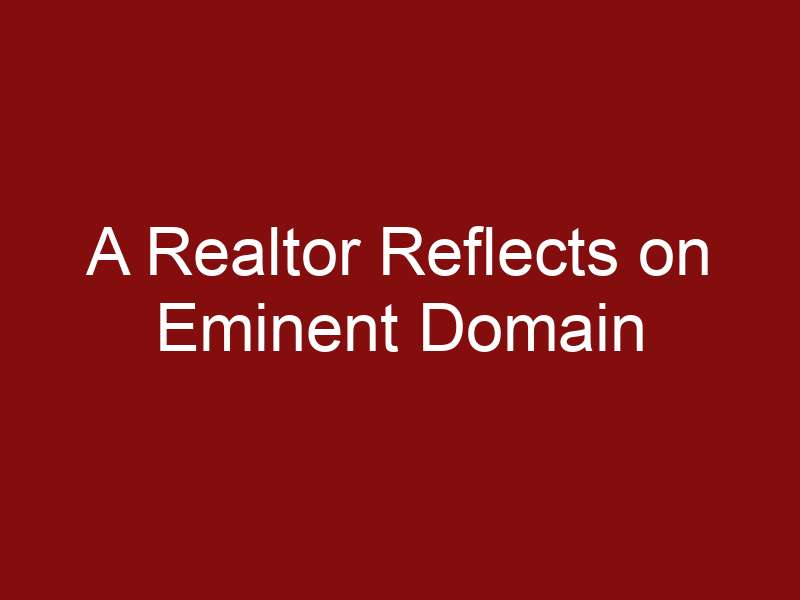 Eminent Domain is a controversial issue which involves the government (local, county, state, or federal) condemning a person’s home so that the land it sits on can be used for the betterment of the community. Eminent Domain has been used to acquire land for the development of new highways, airport expansions, and other major public works.

However government has used Eminent Domain to secure land for private development of office buildings, and hotels. In Cincinnati we saw Eminent Domain enacted on a number of residents near the RookWood Commons plaza. In 2005 the Supreme Court ruled on a case involving Pfizer and a local government enacting Eminent Domain to condemn and seize property for a research park. After 10 years of tax abatement and special treatment from the local government Pfizer has moved out leaving a blighted neighborhood where a strong community once stood.

The story represents the caution and care that government must exercise when using Eminent Domain for non-public works projects. When private developers create proejcts there is often the danger that they may abandon the project at any point in the development.