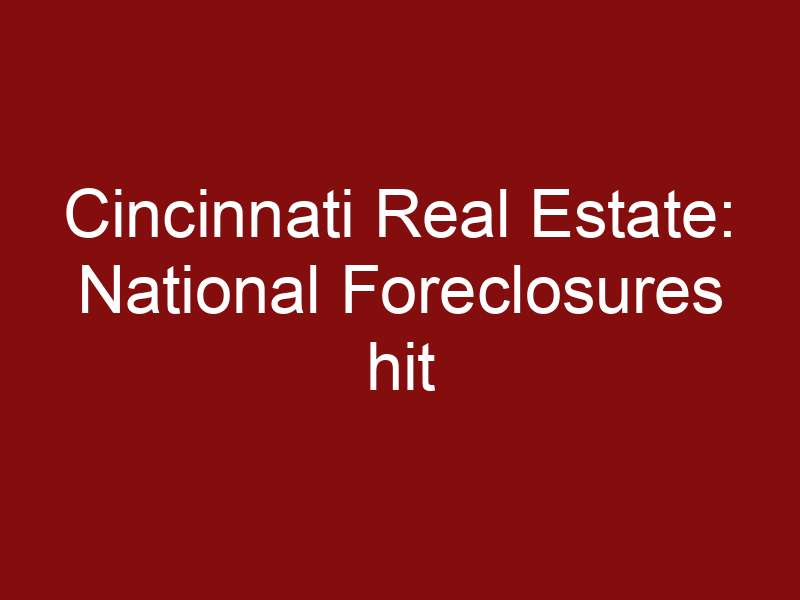 It is a fact that there were 1,905,723 foreclosure filings – default notices, auction sale notices and bank repossessions in the first six months of 2009. That represents an increase of 9% from the previous six months (July – December 2008) and 15% increase over the first 6 months (January – June) of 2008 according to reporting service RSI media.

Sadly a portion of the foreclosures appearing in recent months are due to the overall economic slowdown and subsequent job loss being experienced in almost every industry. Small local companies cut back staff as the economy slowed and those staff, unable to find new positions, found themselves unable to pay their previously affordable mortgage. he 10 states with the highest foreclosure rates were Nevada, Arizona, Florida, California , Utah, Georgia, Michigan, Illinois, Idaho and Colorado. While the Cincinnati real estate market has seen price and sales volume declines, this is top 10 list I am glad Ohio is not on.