Wells Fargo Sues Itself Over Mortgages 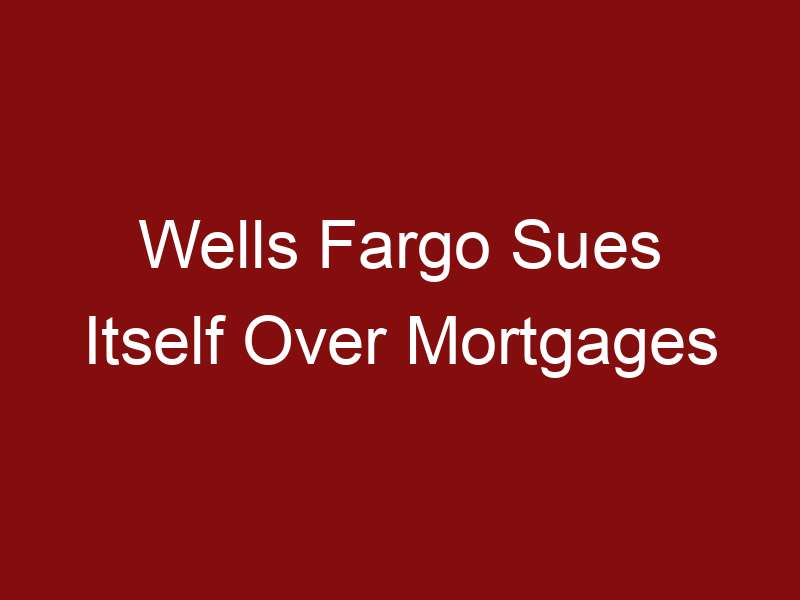 The real estate turbulence has caused a record number of foreclosures, and that has led to an overwhelming work load on banks. When they take possession of the foreclosed property they must clear the title by working with other creditors to eliminate the liens which could include mechanics, municipal government (property tax), and other banks (home equity loans).

According to Fox Business Wells Fargo recently foreclosed on a Sarasota, FL condo and filed suit to clear a second mortgage lien off of the property’s title. The second lean holder was Wells Fargo. They sued themselves. “The primary reason is to clear title and ownership interest in a property to prepare it for sale,” W.F. Spokesman Kevin Waetke said “So it really is not Wells Fargo vs. Wells Fargo.”. They hired Florida Default Law Group., P.L., of Tampa, Fla., to file the lawsuit against itself, and Kass, Shuler, Solomon, Spector, Foyle & Singer P.A. to defend itself against its own lawsuit, according to court documents.

One way to avoid even being in this situation is to pursue a short sale of a home. IN selling a home short, a home owner works with a bank to sell for less money than is owed on the mortgage note. The bank essentially forgives a portion of the loan. Short sales take a level of expertise, but they have great benefits for both the seller, the buyer, and the bank. In the long run they avoid foreclosures which could prevent banks from suing themselves.